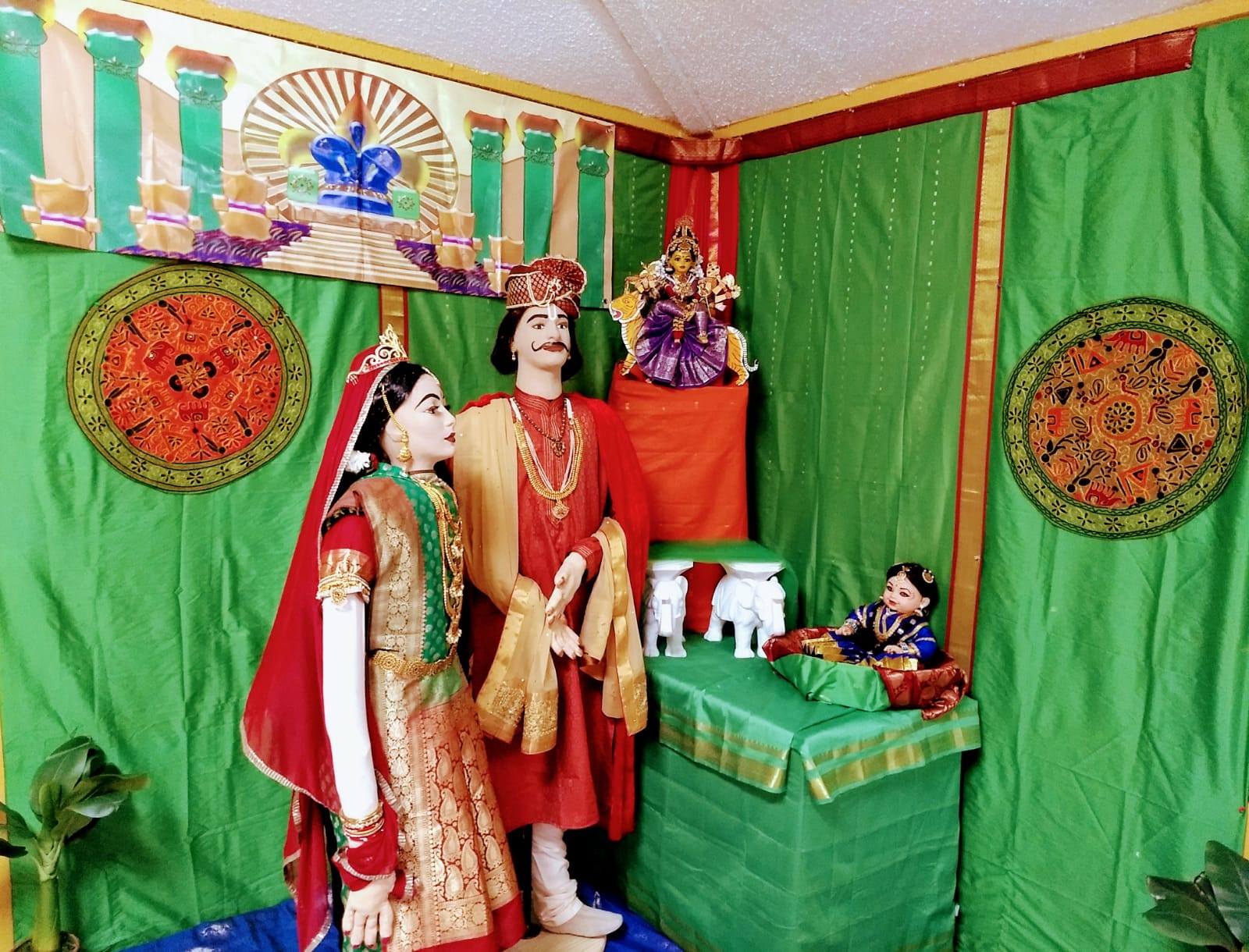 On Sunday, September 16 2018 Radhashtami, the birth day of Sri Radha Devi, was celebrated joyfully at Houston Namadwaar in a unique manner.

Earlier, Namadwaar was transformed into Barsana, the birthplace of Radha Devi, with decor worthy of a palace with the scene of Radha Devi’s birth depicted with life-size models of Vrishabhanu and Kalavati (Radha Devi’s parents), along with Katyayani Devi and a box with Baby Radha in front of it. The scene depicted the story of the birth of Sri Radha that is narrated in the Brahmanda Purana. Vrishabhanu and Kalavati yearned for a child and prayed to their Guru. The Guru initiated them into the Mahamantra (Hare Rama Hare Rama Rama Rama Hare Hare, Hare Krishna Hare Krishna Krishna Krishna Hare Hare) and asked them to chant it with their prayer. They chanted it devoutly and after some time were blessed with the darshan of Katyayani Devi. She gave them a box and told them to continue to chant the Mahamantra. They did so, and after some time heard the gurgle of a baby from inside the box. When they opened it, there was the resplendent beautiful Radhe!
There were also special guests for the occasion – the Ashtasakhis of Radha – Lalitha, Vishakha, Champakalatha, Chandralekha, Thungavidhya, Rangadevi, Sudevi, Chitra – were there to welcome her and serve her, in the form of a beautiful Rangoli. The special Ashtasakhis rangoli which attracted everyone’s attention, was made by a Houston devotee, Priyanka Vasista.

On Radhashtami day, all the young girls of the satsang dressed up as young Gopis and Sakhis of Radha. As the story of Radha Devi’s birth was told to the gathering, relevant songs were sung – the Mahamantra, songs praising Katyayani Devi, and Radhai pirandhanale, Sri Swamiji’s song depicting Radha’s birth. As Radhai pirandhanale was sung, all the young girls welcomed baby Radha into the world, carried her around and served Her in different ways (holding the royal umbrella, fanning her, etc.). All girls and ladies then danced around Radha to more lovely songs on her. Baby Radha was then placed on a swing and enjoyed swinging while She was surrounded by all her young sakhis.

Then it was time to do Pada Pooja for Her. The cloth with Sri Radha Devi’s footprints which was blessed for Houston Namadwaar by Sri Swamiji in 2015 was spread out. (This darshan of Sri Radha Devi’s footprints at Namadwaar can only be done twice a year – on Radhashtami and during the annual Madhura Utsav in December). The young gopis sat on either side of the Padam and performed archana and pooja to Her Lotus Feet. Archana was also performed to Sri Madhuri Sakhi by a Gopi. Following this Smt. Meenakshi Venkataraman, who is a lovely dancer, offered nritya seva to Sri Radhe by dancing to a few verses of Chinanchiru thalire.

The evening then concluded with harathi and prayers to Sri Radhe to bestow us all with Krishna bhakti. 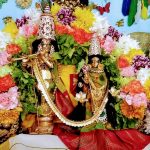 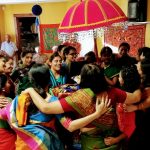 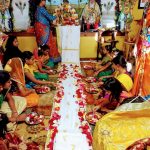 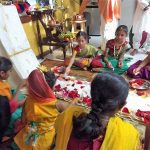 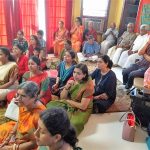 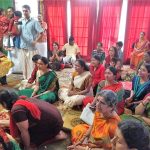 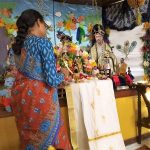 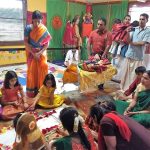 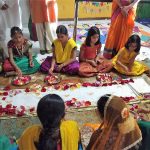 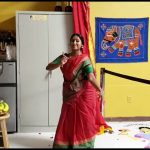 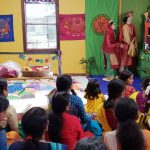 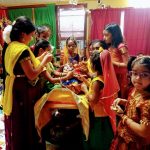 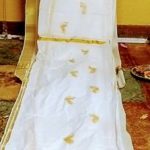 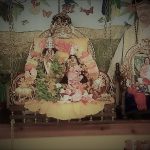 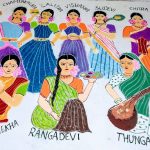 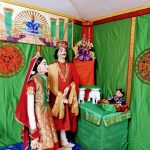 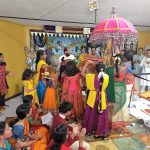 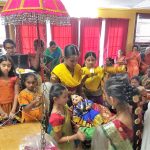 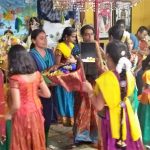 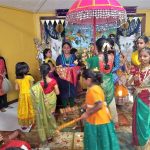 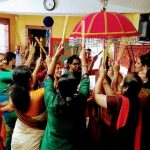