G.O.D. Houston celebrated Diwali and Sri Swamiji jayanthi at Namadwaar on Sunday October 30 2016.
First Gopa Kuteeram children from the little Kutti Krishna group presented a Guru vandanam with a sloka and a song on the Guru.
Then older Gopa Kuteeram students enacted a play on Ramayana. The play depicted the highlights of Ramayana such as the circumstance in which Lord Rama was sent on exile to the forest, the suffering that the Lord and Sitadevi had in the forest, abduction of Sita Devi by the demon Ravana and how the great Hanumanji freed Sita Devi and reunited his divine Partner, the Lord Rama. The play which was very creative filled with funny moments was produced and directed by the GK Teachers, Muktha Nair and Mukund Nair. The audience enjoyed the play to the fullest extent.
The Ramayana play was followed by the group rendition of the Mahamantra song. With over fifty Bhagavathas singing the song, the whole area was filled with divine blessing and grace.
After the harathi, all the families and children went outside to play with sparklers and celebrate the festival of lights. Everyone had a lot of fun! 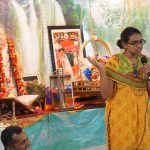 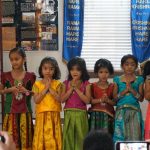 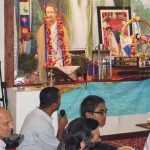 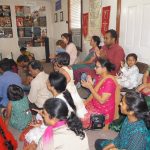 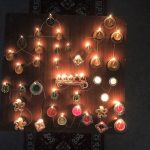 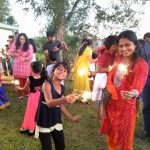 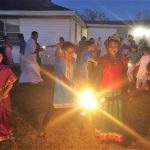 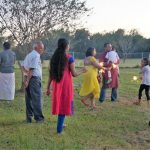 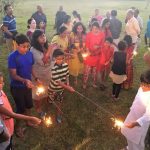 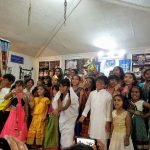 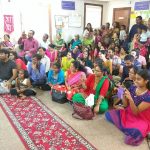 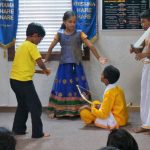 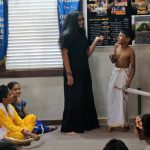 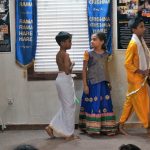 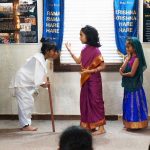 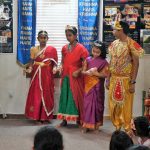