On the first day,Poornimaji extolled the greatness of Saint Thyagarajar and explained that he has been known to the common man as a great musician and composer but beyond that, the fact he was an ardent and true Rama Bhaktha was what his life actually shows – which is why his songs are so divine! She further went on to say that each of his songs was purely his way of conversing with his Lord day and night. It’s due to the songs he has sung to His dear Rama every day we actually come to know of his life charithram.

The second day of the lecture was on the life of Sant Thulasidas. Poornimaji explained the greatness of His work – The Thulsi Ramayan which was blessed by verily the dearest Rama Bhaktha – Sri Shivji himself. She also explained as to how in every Mahathmas life there is a turning point for them to realize their true self and in the case of Santh Tulasidas it was His wife who was the reason to awaken this transformation in Him.

Poornimaji concluded this wonderful two-day lecture with her powerful message of the greatness of Bhagawan nama, which all the Mahathmas, though belonging to different states, propagate the path of Bhagavatha dharma – which is singing the Divine names of the Lord and specifically the mahamanthra which is the simplest path for all in this Kali Yuga.

The audience thoroughly enjoyed and were truly inspired by the lecture.
Everyone listened with rapt attention to the speaker and prayed for more satsangs in San Diego. 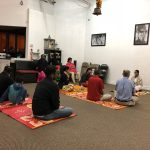 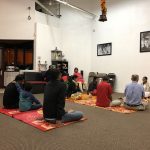 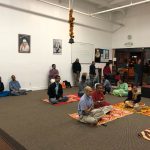 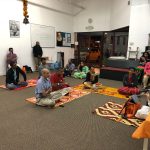 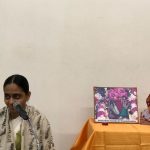 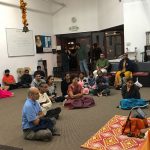 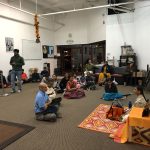 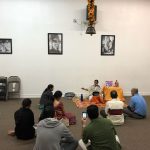 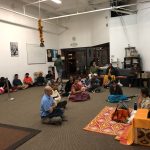 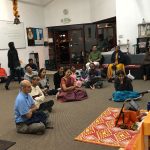