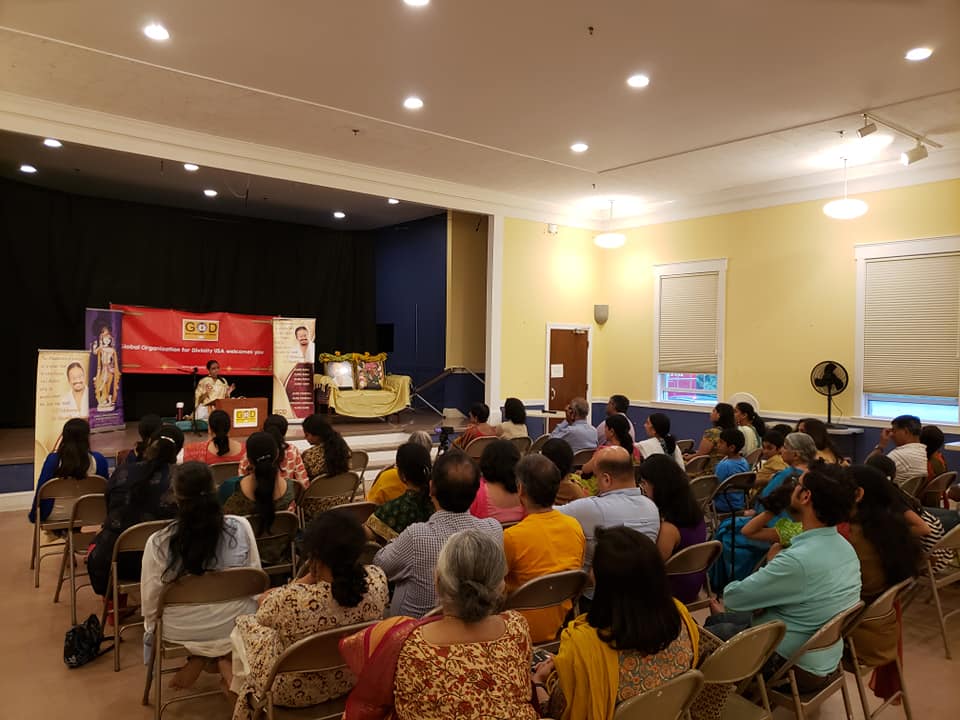 By the immense grace of our Sri Swamiji and by the mercy of Sri Madhurisakhi sametha Sri Premika varadha Thakurji, Satsang with Sri Poornimaji in Boston on Friday, June 7 was very well received by the local community. The 2 hour satsang was on the greatness of Guru.

Sri Poornimaji mentioned that when one’s thirst for God becomes genuine, then the Lord leads them to a SadGuru. Highlighting that Guru is not just the 6 foot form human, she beautifully described how Mahans considered every thing in nature as their Guru.

Narrating the experience of Purandarakesavalu with Sri Maha Periyava during his camp in Andra Pradesh, Poornimaji emphasized how a Guru ALWAYS takes care of HIS disciples. She narrated the life of Giri, disciple of Sri Adi Shankara to highlight the importance of Guru’s compassion. The lives of a few devotees namely, Janardhana Swami, Bhagwan Sri Krishna and Sudhama were also narrated highlighting the disciple’s devotion for their Guru.

About 60-70 people were present for the satsang. 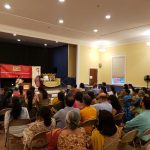 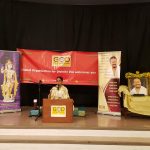 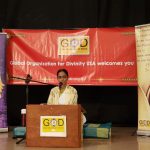