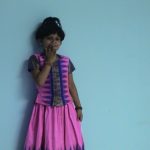 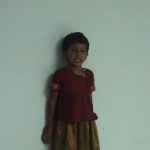 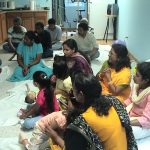 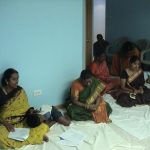 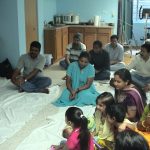 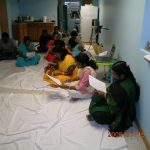 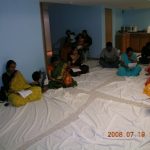 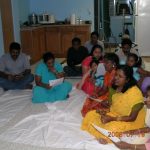 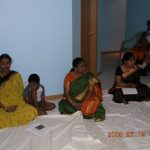 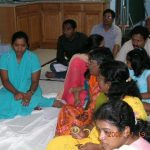 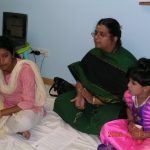 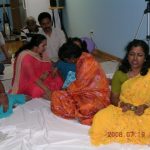 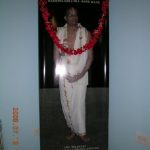 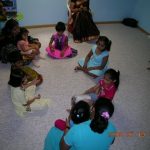 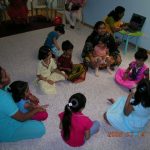 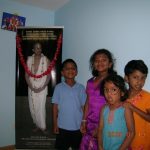 With the divine grace of our most compassionate Sadguru Maharaj, the Guru Poornima Satsang was celebrated in grandeur at Chicago on the 19th of July 2008.

The program started with Ms. Poornimaji’s discourse, via. teleconference from Thiruvannamalai, India. At the completion of the discourse, all the devotees started chanting Nama (Maha mantra) and sang the following Bhajan Kirtans.

At the end of the bhajan session, all the adults and kids gathered and sang Maha mantra for 10 to 15 minutes. The entire session of bhajan went on for one hour and 30 minutes.

There were around 25 adults and 12 kids. The devotees were very involved and enjoyed singing.

After lunch kids games like, balloon game, musical chair (Maha mantra was played as music), lemon and spoon, story telling and passing the parcel (Maha mantra was played as music) were conducted and given small prizes. A 3 year old kid while playing with others started singing “Rama namam solvathee kaliyin gathiyaam…” in her own childish voice, people around were elated with joy that the little one already picked the Rama Nama. Kids were each given a photo of Madhurisaki Sameda Sri Premikavaradan when they were leaving. Maha mantra sticker and audio CD were given with thambulam.

To participate in the Chicago area satsangs, enroll in the yahoo group: Midwest_nama