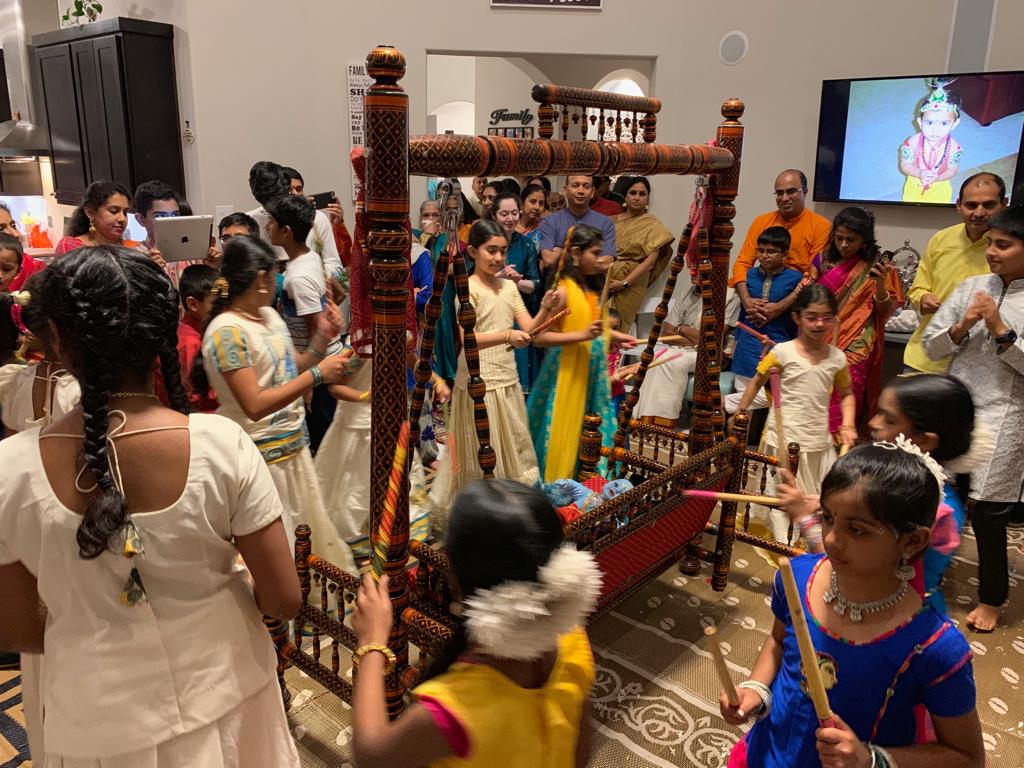 Janmashtami was celebrated joyfully in Houston Namadwaar and at various devotees’ homes in the Houston area over three days. Hundreds of devotees joined and celebrated the descent of Bhagavan.

On Friday, Aug 23 morning, there were celebrations in Namadwaar with special arati, abhishekam for Premika Varadan-Madhuri Sakhi, Krishna jananam parayanam and special pooja. 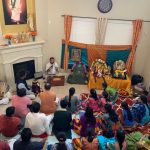 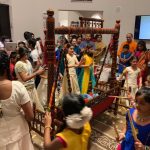 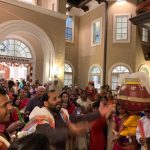 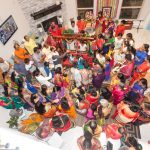 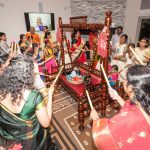 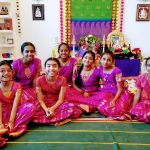 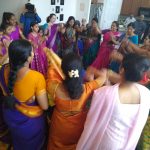 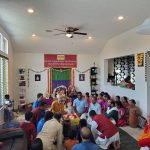 That evening Sri Premika Varadan went to Nandanandanam, the residence of Smt. Lakshmi and Sri Venkat in the Houston suburb of Katy, where Nandotsavam was celebrated. Sri Ramaswamyji spoke on Krishna Jananam. Following this, Bhagavan was taken on a procession in Sesha Vahanam as kirtans were sung. Then a ‘butter pot’ was broken by children who enjoyed the ‘candied butter’ that fell out of it. Later the scene of His going to Gokula from Mathura was enacted by children. At Gokula He was then placed in a swing and children and ladies – all the Gopas and Gopis played and danced around Him. It was indeed a joyous celebration!

On Sunday, Aug 25 morning, Sri Premika Varadan-Madhuri Sakhi were clad in their best for their Divine Wedding, Radha Kalyanam celebrations. Sampradaya bhajans were sung by children from Houston’s Krishna’s Cottage Youth Group. Then Divya Nama Sankirtanam was performed, depicting the Rasa Leela of the Lord. Men and women alike became Gopis as Bhagavan is the only Purusha. Men and boys first danced around Sri Krishna. Later, the ladies and young girls performed kolattam and Rasa leela with Sri Krishna. After this, the auspicious Radha Kalyanam was performed following the Dakshina Sampradaya Bhajan paddathi (format). All the devotees immensely enjoyed the celebrations and felt blessed to be a part of the Divine Couple’s wedding and all the celebrations through the weekend.