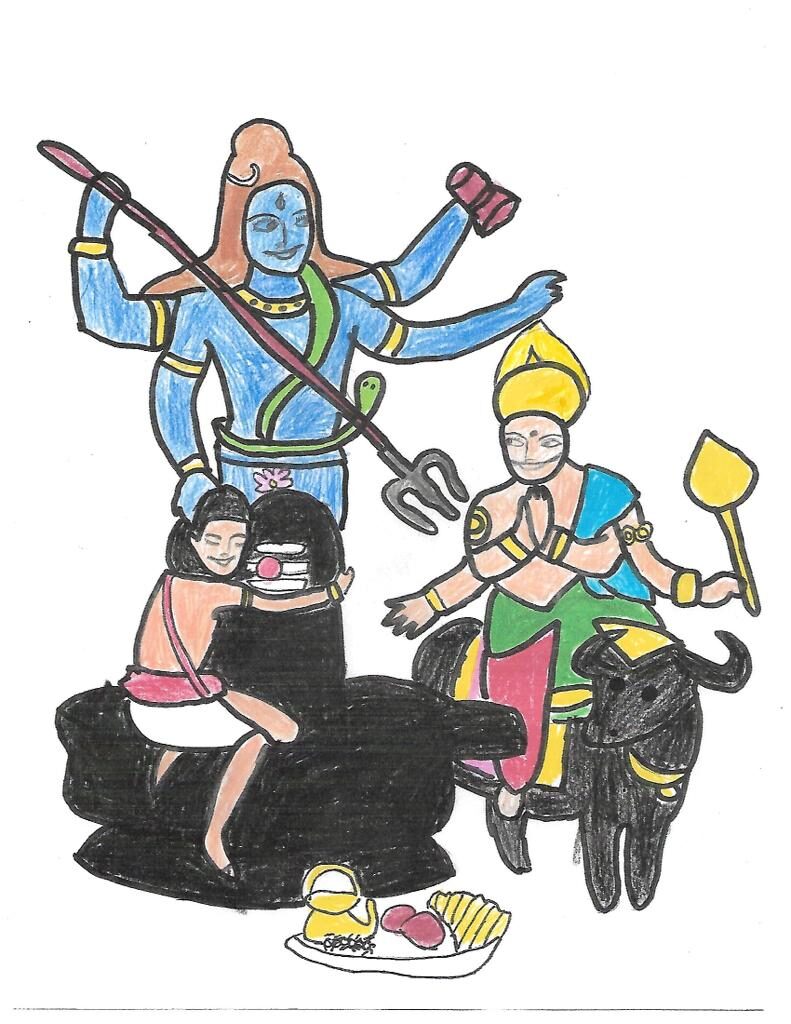 Quelish: “Divinity Can change fate”. Where all in Sri Madhurageethams can we find this “exact” reference? Clues to find the answer are given below

The Sri Madhurageetham being referred here is the lovely kirtan on Lord Shiva, “Kunchitapadam bhajeham” written in Sanskrit.

In our scriptures, fate is usually referred to as the letters on our forehead. This reference is mentioned in Atmadeva charitram in Srimad Bhagavatham Mahatmyam. When Atmadeva goes to the forest and meets a Yogi, he prays to the Yogi to bless him with a child. At the time, the Yogi ‘reads the letters’ on the forehead of Atmadeva and learns what destiny has in store for him.

This kirtanam while describing the beautiful dancing form of Lord Shiva, is filled with poetic beauty and embellishments. The lyrics and meaning are given below.

Meaning
I worship Lord Shiva (the one with the raised foot)

The One who is covered with the skin of a tiger
The One riding a bull, and the most beautiful!

The One who has Goddess Ganga, wears matted hair, and has the moon (on his head)
The One who wears the garland of skulls and resides in the cemetery

The One who has won over Death (Kala), and is Amritaghateshvara, the Lord of
The One who is always worshiped by servitor Muralidhara