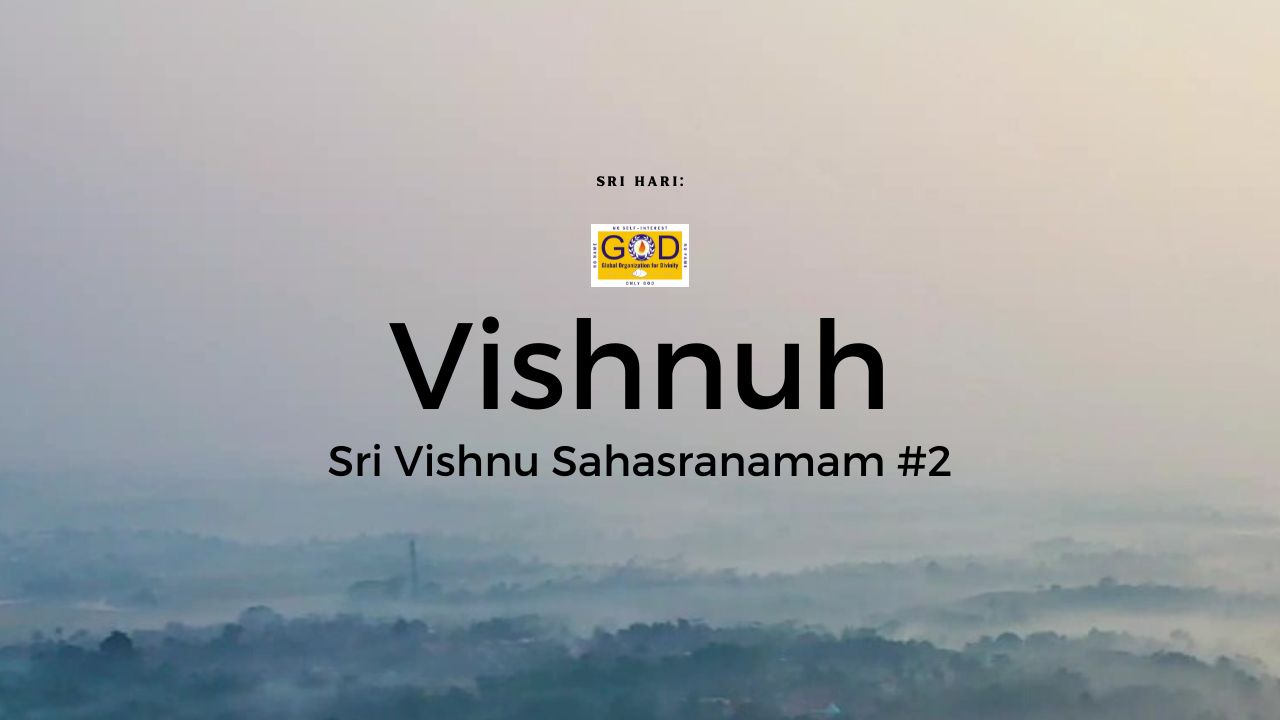 Bhagavan is called as Vishnu because He pervades this entire Universe. He is ‘Sarva Vyaapakha’.

Bhagavan Himself says in Bhagavad Gita, “sUtre maNigaNa iva” – just as a thread that runs through all the pearls, connects them together, Bhagavan, as antaryami, connects this entire Universe. We are all connected with each other because of the presence of Bhagavan within us. Like an Indian poet put it, ‘the touch of one in the play of many’.

So we are all connected by Bhagavan, who resides within all of us as antaryami.

With this wonderful thought that we are all connected by Bhagavan, who resides within all of us as antaryami, let’s offer this day to Bhagavan, by chanting Mahamantra three times: