The Material and the Divine: India’s Glorious Heritage

India is an ancient land and acknowledged down the ages as the spiritual capital of the world. People from around the world have visited (and continue to visit) India for answers to lofty questions beyond the ken of material understanding. 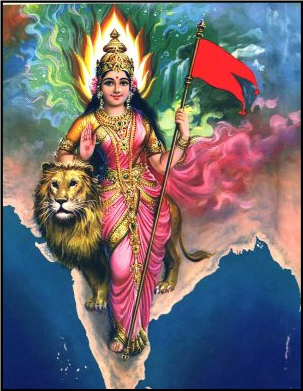 However, although still considered a spiritual and culturally rich land by many, India today is known more for its software programmers and call centers/BPOs. With a wave of westernization overtaking the country, not only Indians who live abroad, but even those who still live in India, are slowly forgetting their ancient heritage; heritage that is not only spiritual in nature but also scientific. The uniqueness of this heritage lies in the fact that—unlike in today’s ‘modern’ society—science and spirituality in ancient India did not have a segmented, quarrelling existence, but rather was a beautiful, wondrous blend of the material and the divine.

In well over 8000 years of documented, continuous civilization, India has several modern contributions to its credit, although this credit often remains largely unacknowledged by western society. However that does not negate the validity of its contributions that have ample historical, literary, archeological and geological proof.

India has a glorious heritage that has had (and continues to have) an immense impact on life as we know it today. The areas touched upon here in no way constitute the whole of ancient India’s contribution to modern science, which is even more vast and varied. But a common thread connected all of these, which was the essence of the ancient Indian way of life. What was it?

Today, the whole world is stressing on ecology and ‘going green’. Environmentalists are screaming from the roof-tops to save ‘Mother Earth’. It is slowly dawning on modern society that perhaps some of the modern inventions (plastic and other similar chemical compounds, for example) are not really great ideas in the long run.

In contrast, ancient Indians lived and ‘invented’ in harmony with nature – not because they were limited by tools or intellect; but because they saw Divinity in everything around them.

To them Mother Earth was really a Divine Mother, who was ever tolerant and showered them with love in the form of her bounty. The trees and rivers, mountains and seas were all themselves embodiments of the divine; so they could not envisage an invention that would cause large scale destruction or pollution, or invade nature by any means.

How wise, intelligent and farsighted were our ancestors! How devout, pious and reverential! We are truly humbled by their greatness.

Nisha Giri, Houston, TX
Based on presentations made by renowned experts in each of these fields during the 10-day “Traditional Treasures”  program organized by Global Organisation for Divinity India Trust, at Chennai, India in Jan 2012.

3 Responses to "The Material and the Divine: India’s Glorious Heritage"