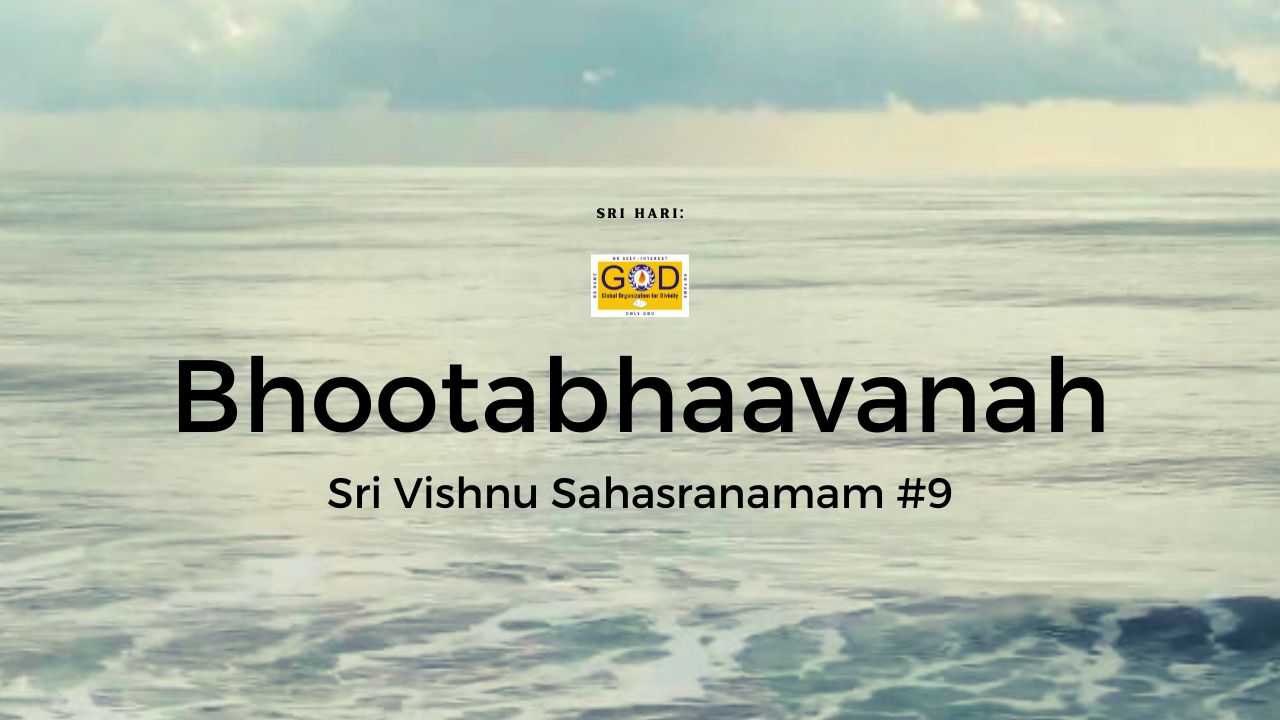 So, Sri Adi Shankara BhagavatpadaL beautifully says, “ bhUtAni bhAvayati janayati vardhayati iti vA bhUtabhAvanah”. Bhagavan is the One who creates all the beings in this universe, and He nourishes them so that they can grow.

This divine name ‘bhUtabhAvana:’ shows us how much Bhagavan loves us and how much He cares for us. If we think about it, everything that we need for our sustenance and growth has been provided by Bhagavan even before we are born. That is the kind of compassion, that is the kind of love that Bhagavan has for all of us.

Our Guru Maharaj says, Bhagavan is our Atma bandhu, “sarva jIvarAsigaLin Atmabandhu nIne”“Krishna! You are the true friend for every soul in this entire Universe.” Bhagavan not just nourishes our physical body, but He also nourishes our soul. He is indeed our true friend.

So, Sri Parashara Bhattar says, “tAni dhAraka pOshaka bhOgyapradAnena vardhayati iti bhUtabhAvanah”. he adds on by saying ‘bhOgyapradAnena’. Bhagavan is such a rasika that He has not just given us things to nourish us, but He has given things in such a way that we would actually enjoy them. And that is why Bhagavan is called ‘bhUtabhAvana:’

With this thought that Bhagavan loves us so much, that He cares for us so much, let us offer this day to Bhagavan by chanting the Mahamantra three times.

Watch the YouTube video for this Nama here: https://www.youtube.com/watch?v=omLk5JE_tEw&list=PLf2GTja1Pr3OB-UHFdBTn1nDmYGE8jXUx&index=9