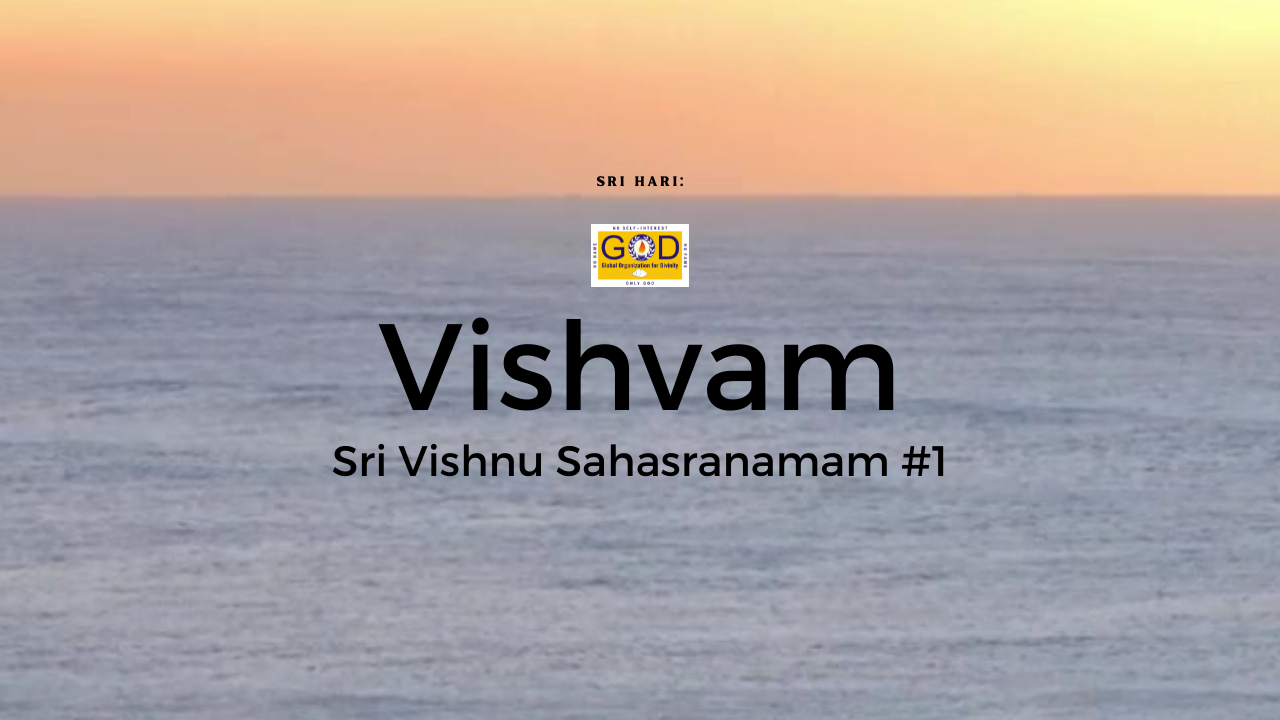 When we see a pot, we know that it was created by a potter, using some clay. The potter here is called the ‘intelligent cause’ and the clay is called the ‘material cause’. But in the case of this universe, both the material cause and the intelligent cause, is Bhagavan. That’s why, in Gajendra Stuthi in Srimad Bhagavatham, it says, ‘akhila kAraNAya’ – HE is the sole cause for this whole universe.

So this entire universe is Bhagavan. There is nothing but Bhagavan. He alone exists. Nothing else! Nobody else! That’s why Srimad Bhagavatham says,
“sa sarva nAmA sa cha vishwarUpaha.”

Some people generally ask us, “In our religion, there is only one God. What about yours?”

We say, “You say there is only one God. We say, there is ONLY God.”

In that Madhurageetham, he also says, “kAraNamum kannanE kAriyamum kannanE”.

The cause and the effect – both are only Krishna.

This nama, Vishwam, is a beautiful nama, for it reminds us to see Bhagavan, in everything and everybody around us. With that wonderful thought in our heart, lets offer this day to Bhagavan, by chanting Mahamantra three times.