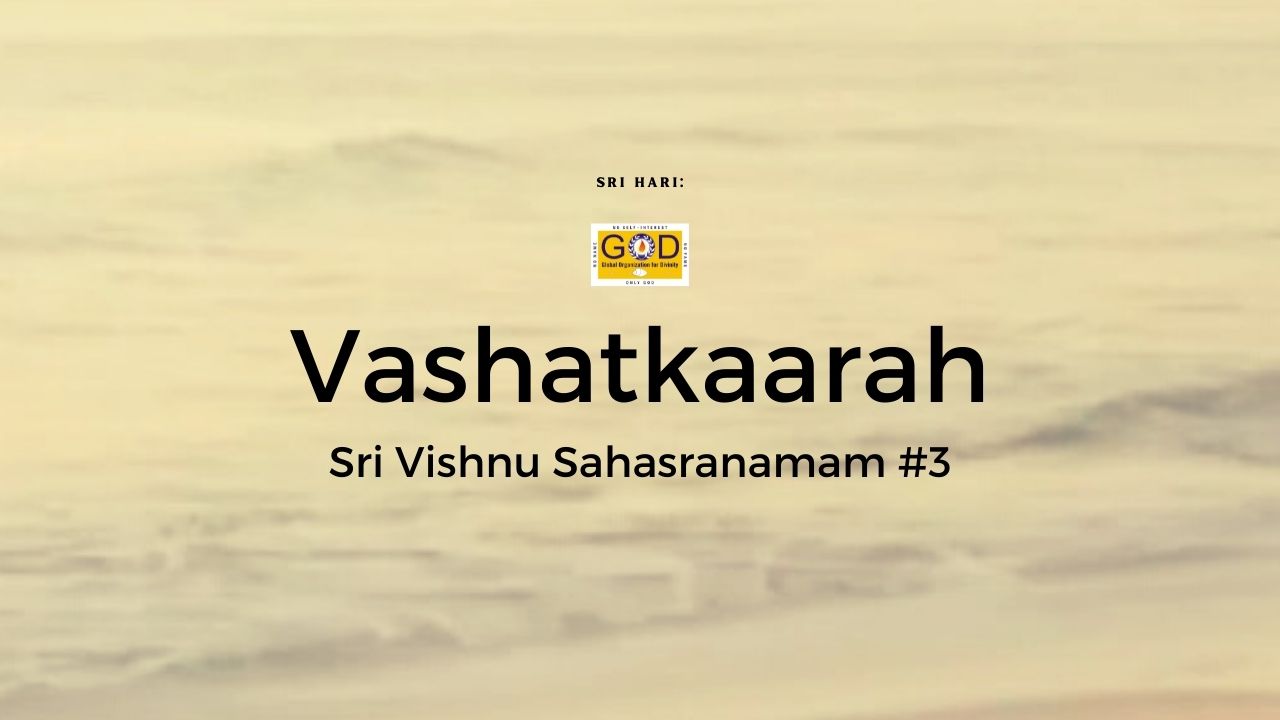 ‘vashatkAra’ is the mantra, through which oblations are offered to Bhagavan, in sacrificial performances or yAgAs. That mantra ‘vashatkAra’ itself is Bhagavan. So Bhagavan is called ‘vashaTkAra’.

And not just that, the sacrifice in which this mantra is used, is itself Bhagavan. Because Bhagavan is yagna swarUpA.

That’s why in Srimad Bhagavatam, Aditi Devi extolls Bhagavan as He is yagna purushA, He is yagna swarUpA.

Bhagavan is also called vashaTkAra, because he has this entire universe under His ‘vasha’ or under His control. And because He controls and directs this universe, He is called ‘vashaTkAra’.

He says, I am the one who is controlling this entire universe that’s why every element is behaving itself.

And that’s what our Guru Maharaj also sings in Kali Dharma Undiyar,

Remembering Bhagavan, who is yagna swarUpA, and who controls and directs this entire universe,let us offer today to Bhagavan, by chanting Mahamantra three times.