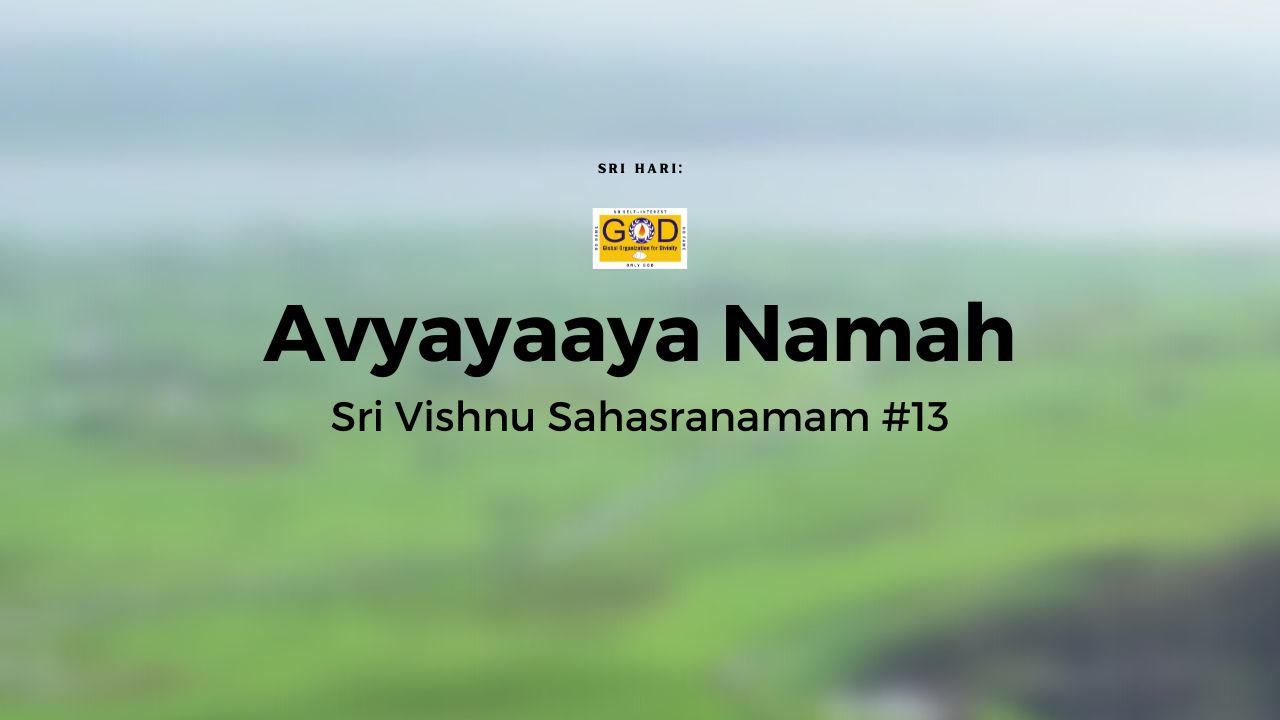 Bhagavan says, he who depends on Me, and deems Me as His everything is never deprived of the joys of Vaikunta, nor does my weapon in the form of Time ever devour him. If that is the case for the devotees of Bhagavan, what to say of Bhagavan, is it not?

That is why in Sri Madhurageetham, Our Guru Maharaj while addressing Hanumanji, He says, “azhiyAda akhaNDAkAra thatthuva rAmanin thUdanE!”  He calls Hanumanji as the messenger of Sri Rama, who is indestructible – “azhiyAda akhaNDAkAra thatthuvam”. That is why Bhagavan is called ‘Avyayah’. Bhagavan is also called ‘Avyayah’ because, as Sri Parashara Bhattar says, “na vIyatE na vyapagamyate asmAt iti avayayah”. Those who attain the Lotus Feet of Bhagavan never return to this world. Bhagavan never sends them back to this world. That is also why Bhagavan is called ‘Avyaya’.

“Those who attain Me, never come back to this world,” says Bhagavan. So, with this thought, that Bhagavan is indestructible, He is ‘Avyaya’ and that He would never send us back to this world once we attain His Lotus Feet, let us offer this day to Bhagavan, by chanting Mahamantra three times.

Watch the YouTube video for this Nama here: https://www.youtube.com/watch?v=EUTlM7Aprh0&list=PLf2GTja1Pr3OB-UHFdBTn1nDmYGE8jXUx&index=13