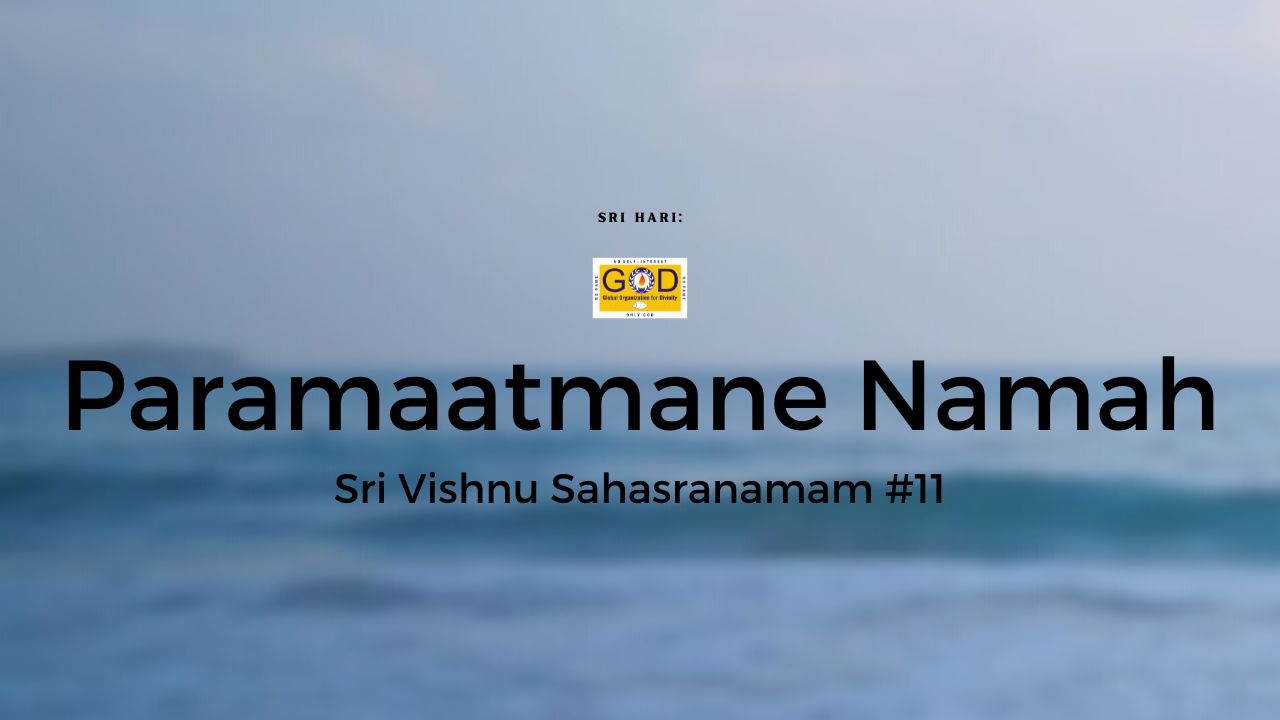 He who is param, He who is Supreme and He who is the Atma or the soul is ‘Paramatma’ and Bhagavan is Paramatma. He is the Supreme Soul.Bhagavan is Supreme, He is param, because there is nobody or nothing that is greater than Him. Bhagavan is also param, He is Supreme because everything can be contained in Bhagavan. But Bhagavan cannot be contained in anything. So he is param. And every jiva has Bhagavan as His antaryami. But Bhagavan does not have anyone else or anything else as His antaryami so He is the Paramatma and Bhagavan is also Supreme because Sri Adi Shankara BhagavadpadaL says, kArya-kAraNa-vilakshaNah nitya-shuddha-buddha-mukta-svabhAvah. If we think about this, everything in this world can be seen as cause and effect. If we see something we know that there must be a cause for this and that cause would be effect of some other cause. But Bhagavan is the cause for everything. He is the ‘moola kAraNa’ but He is ‘nishkAraNa’, He does not have another cause for His existence. So Bhagavan is the Paramatma because kArya kAraNa vilakshaNah and also He is nitya-shuddha-buddha-mukta-svabhAvah. He is ever pure; He is ever aware and He is ever free and therefore He is the Paramatma.

Bhagavan Himself says in Bhagavad Gita, “mattah parataram nAnyatkinchidasti dhananjaya”. He tells Arjuna that there is nothing that is greater than Me. Bhagavatam goes one step further and it calls Bhagavan as “adhika sAmya vimukta dhAmnah”, it says that there is no one that is even equal to Bhagavan; then what to speak of someone greater than Him? We can’t even compare anyone with Bhagavan, nobody is even worthy of the comparison. Such is the greatness of Bhagavan and so He is the Paramatma.

With this thought of Paramatma in our heart, let us offer this day to Bhagavan by chanting Mahamantra three times.