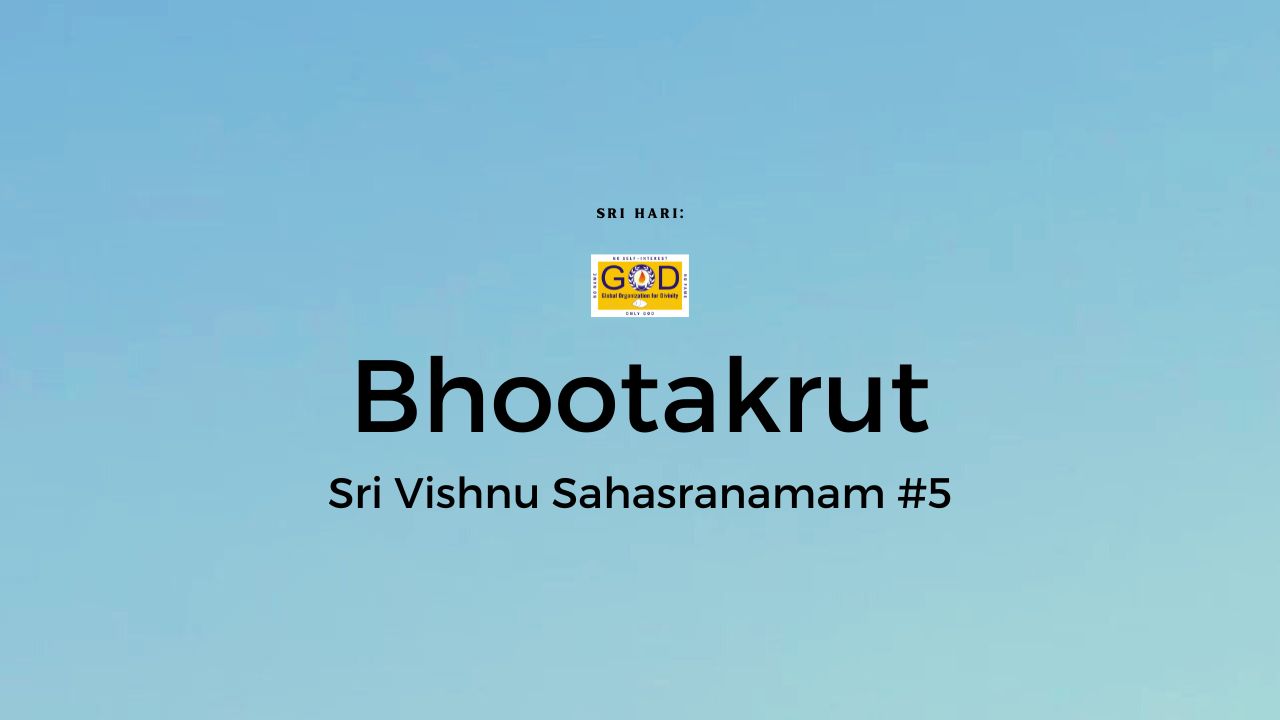 Bhagavan is called bhUtakrut because He is the creator of all the beings; sentient or insentient. That’s what we mean when we chant the sloka in Vishnu Sahasranama Stotra –
‘jangamA jangamam chEdam jagan nArayanOdbhavam’

He says, I am Vishnu, I am Brahma, I am Lord Rudra, I am all the three.
With this thought that Bhagavan is our creator, let us offer this day to Bhagavan by chanting Mahamantra three times.