The story of Dhruva teaches us how Vairagya and Bhakti are the solution to our problems and it will lead us to god. Such Vairagya and Bhakti can only be attained with the help of a Guru. Dhruva’s guru was Narada, whose guidance helped Dhruva to meditate on Lord Vishnu and attain great fame as one of the Lord’s leading Bakthas. 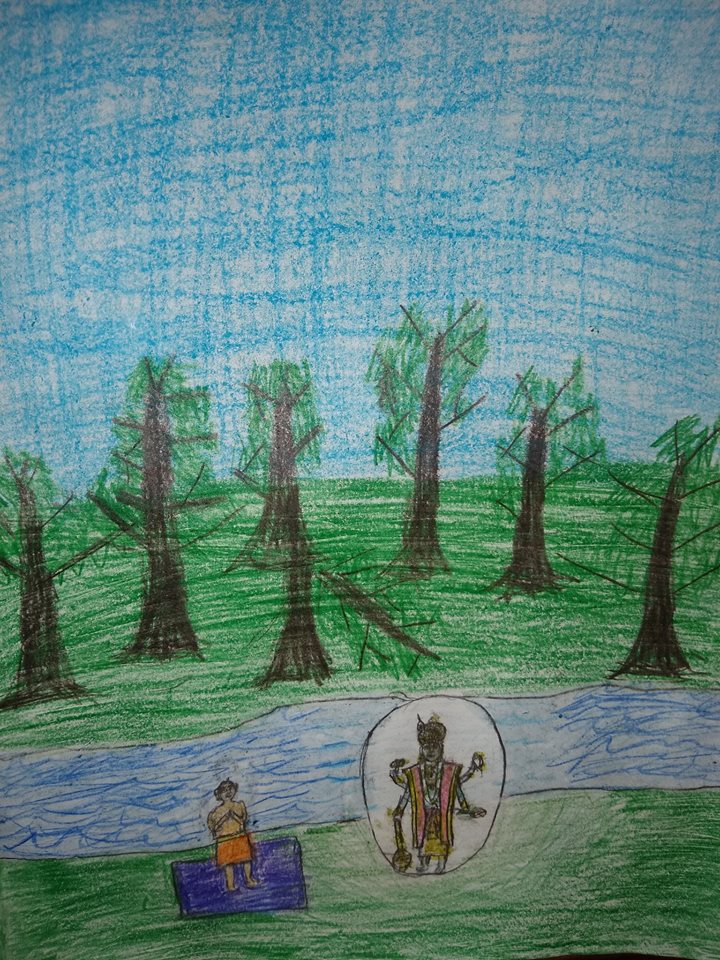 Dhruva was the son of King Uttanapada and Suniti. When Dhruva gets scolded by his stepmother Surichi, a melancholic Dhruva is consoled by his mother who advises Dhruva to seek the Lord by meditating on him. Dhruva, at a ripe old age of five years, set out to the forest to meditate on God. When the Lord decides to shower grace, he always does it through a Guru. Thus, Narada meets Dhruva on his way to the forest and instructs him on Dwadasakshari mantra and asks him to find a peaceful spot in the forest and chant ‘Om Namo Bhagavate Vaasudevaya’. Narada also describes the appearance of Lord Vishnu and asks Dhruva to meditate on this form of the Lord by chanting the mantra.

Dhruva finds a peaceful spot and starts to meditate on the Lord. With the strength provided by his Guru, he manages to do rigorous penance with little to eat at first, and then completely goes without food and becomes like a log of wood, unshakeable in his penance. When the Devas try to stop him, they fail and request the Lord to stop Dhruva’s penance. The Lord himself had to hide his form in Dhruva’s mind’s eye to get his attention, such was his penance. Dhruva was overjoyed on seeing the Lord and renders the beautiful Dhruva Stuti. As a reward, Dhruva only asked for constantly being able to keep his mind on the Lord. The Lord blessed him with that and told Dhruva that he would be a great emperor, attain Dhruvapada (pole star) and will eventually attain the Lord during pralaya, dissolution of the universe.