Global Organization for Divinity got the opportunity to participate in “Fusion of the Arts”, a visual and performing arts event organized by the Pearland Alliance for Arts and Culture and the Pearland Arts League, on Saturday, September 10 2016.

The event featured a juried art show and several performances by local music and theater arts groups. G.O.D. presented a glimpse of Bhakti Sugandham – The Fragrance of Devotion, our upcoming bharatanatyam dance ballet production that will be presented in Pearland area of Houston on Dec 18, and which is supported by the City of Pearland Cultural Arts Grant.
The dancers who performed were Surabi Veeraraghavan, Soujanya Madhusudhan, Meenakshi Venkataraman, Krishnaya Corbett, Shruthi Natarajan Varsha Vasu. They performed a few scenes from the ballet, which were all very well received by the primarily western audience. The audience enjoyed the dance and were very complimenting of all the dancers. Many of them said they looked forward to watching the complete production in December’2016. 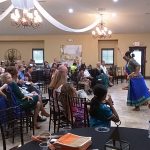 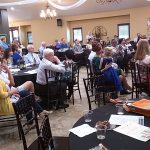 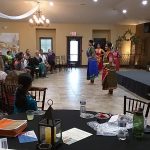 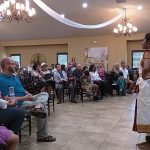 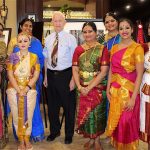 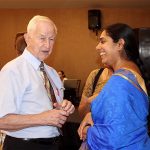