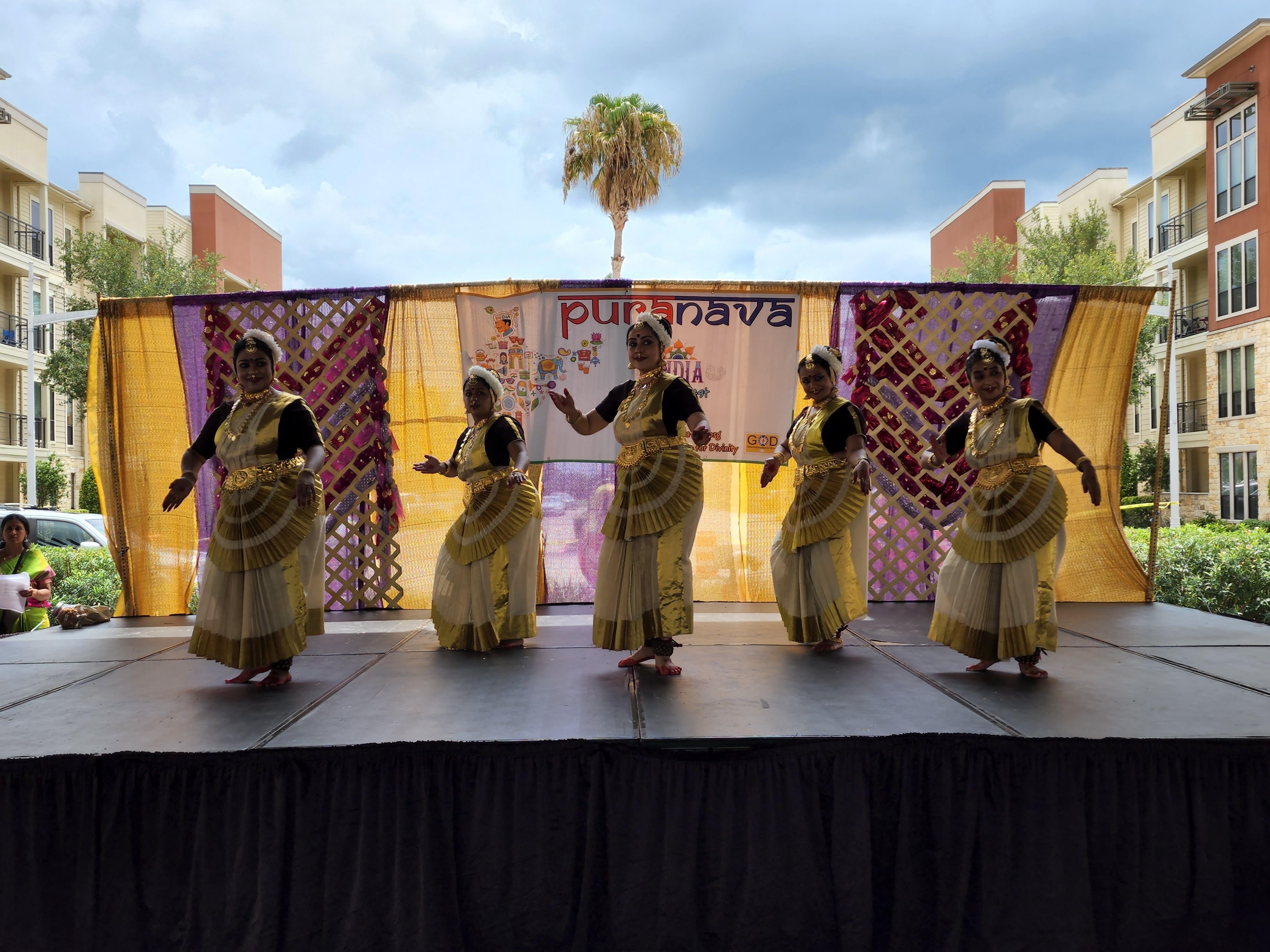 The 4th Annual Puranava India Culture Fest, organized by Global Organization for Divinity, was held at Pearland Town Center on the lovely summer afternoon of Aug 13. The event saw a moving crowd of almost 1000 through the day from across the Greater Houston area and other parts of Texas including Austin and Dallas. The event showcased several of India’s beautiful, inherently divine traditions through a variety of programs and exhibits. There were fun competitions in chess, art and Indian classical dance that were held earlier in the afternoon, and cultural performances and a chariot parade in the evening.

Ahead of the event, the Honorable Mayor of Pearland, Mr. Kevin Cole, issued a proclamation declaring Aug 13 as “Global Organization for Divinity Houston Day.” The proclamation recognized the contributions of the organization to the Pearland/Manvel area through its annual Puranava Culture Fest as well as numerous cultural and community activities, including the establishment of Sri Aishwarya Srinivasa Temple at Namadwaar Houston. The proclamation was read out at the Fest by special guest, Pearland City Councilmember Mr. Adrian Hernandez. 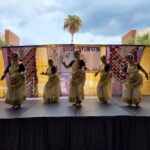 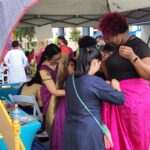 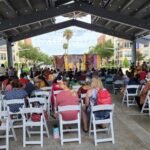 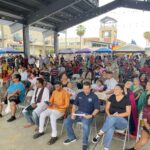 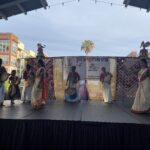 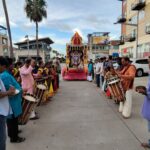 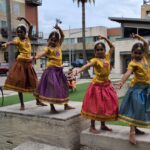 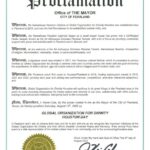 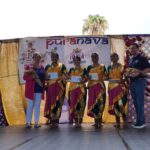 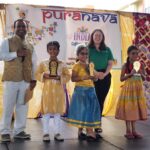 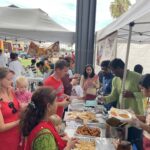 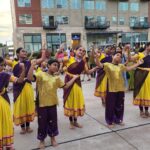 The cultural performances began with a soulful rendition of the popular Hindi song emphasizing India’s unity amid diversity, Mile Sur Mera Tumhara, by young singer Ms. Sruthi Srivathson accompanied by musician Dr. Jyoti Joshi on the keyboard. This was followed by a series of dance performances presenting numerous classical dance forms of India. The first was a Bharatanatyam performance by students of Sreepadam School of Arts, Ms. Jasmine Thomas, Ms. Tarini Kumar, Ms. Varsha Venugopal and Ms. Vinisha Venugopal. Ms. Kavya Mathukumalli of Silambam Houston then presented a Kuchipudi performance that included the traditional art of dancing gracefully on a brass plate. This was followed by a lovely east-Indian Odissi performance by Ms. Purba Dey of Kalaangan Dance School. The final stage performance of the evening was a combination of two folk art forms from the southern state of Tamil Nadu – Parai drums and the unique Karakattam dance where dancers performed with a decorated metal pot delicately balanced on their heads. The performers were Dr. Gopalakrishnan, Ms. Mala Gopal, Mr. Senthil Devaraj, Mr. Thangaraj Petchiappan, Ms. Punitha Thangaraj, Mr. Sanjiv Thangaraj and Ms. Simrita Thangaraj.

A highlight of the event was the chariot parade, a gesture for universal harmony, that showcased Sri Aishwarya Srinivasa Temple at Namadwaar Houston, a Hindu temple located in the Pearland/Manvel area. The hand-built chariot was pulled in a procession around the Town Center Pavilion to the chanting of the divine names. There were also street performances in front of the chariot, including a Chenda Melam folk percussion presentation by Panchari Arts (Rohit Muthukumar, Abhinav Sunil, Srinivasan Seithur, Vilson Verghese, Vijayakumar S, Senthil Kumar Devaraj) and a folk-dance performance by young children from Pearland (Harshini Reddy, Chinmayi Rapaka, Sajanaasri Jayasuriyan, Nilasha Muthaiyan, Ritu Singh, Anika Bhasin, Sahana Thothadri, Chris Sajeev, Johan Sajeev) to a composition of HH Sri Sri Muralidhara Swamiji, Bhavani Varugindraan, that sings of the deity coming in procession.

Another highlight of the event was the Darshana Exhibit on the Hindu Civilization, a nationwide traveling exhibition put together by HSS USA that presents and explains different aspects of Indian and Hindu culture to help the community understand it better. Volunteers from HSS Houston were present at the exhibit to explain as well as answer queries by visitors.

As part of Love to Share Foundation America’s annual giving program, a food and Hurricane Preparedness Drive was organized which collected donations from all over Houston to support Pearland Neighborhood Center that has been supporting low-income families in Brazoria County for the past three decades. PNC Vice President Mr. Buck Stevens attended the event and shared words of appreciation.

Visitors also got to shop at various vendor booths by local and home-owned businesses; try on the traditional Indian sari and henna tattoos; and taste a variety of delicious Indian vegetarian foods thanks to Kicha’s Kitchen (a volunteer-run nonprofit kitchen by G.O.D.).

Awards for the chess, art, dance competitions held earlier in the day, as well as for the Indian classical music and India quiz contests (that were held online a week earlier) were distributed by the special guests at the culture fest. The competitions, sponsored by LTSFA, saw over 200 registrants from all around the Houston area.

For more information about Puranava in America – which is an event that is also conducted in other US cities – visit www.puranava-usa.org. To learn more about Global Organization for Divinity, Sri Aishwarya Srinivasa Temple and Namadwaar Houston prayer house, please visit houston.godivinity.org, Facebook page GOD Namadwaar Houston, call or WhatsApp 281-402-6585.