With the immense grace of Sri  Swamiji, the Seattle chapter of the Global Organization for Divinity celebrated Gokulashtami at the residence of Sri Muthukaruppan and Mrs.Vaishnavi on August 16th, 2014 from 4PM to 9:30PM. Around 40 devotees attended the celebrations and rejoiced the birth of little Krishna. The event started with an hour of Mahamantra chanting. This was followed by Bhagavatha Parayanam of Krishna Jananam combined with Nandotsavam. During this time, the children had their own celebrations with Pinata breaking. All the little hands then joined together to decorate the Garuda Vahanam for the purappadu that came next. Everyone came around the house once with Sri Radha Krishna and Sri  Swamiji sitting charmingly on Garudalwar listening to the devotional Guru and Krishna kirtans that were being rendered. Kalyana Ashtapati was rendered followed by  dinner prasad and cake cutting ceremony to commemorate the birth of Lord Krishna. Divyanamam ensued and the grand celebrations came to a grand close with Dolotsovam. 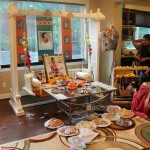 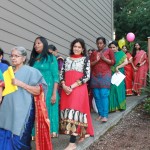 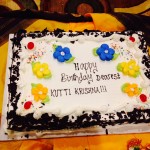 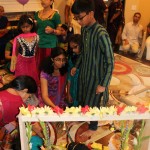 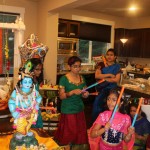 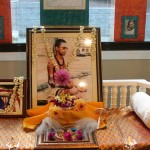 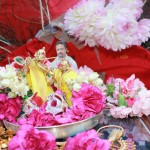 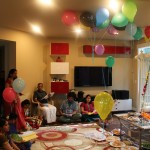 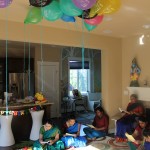 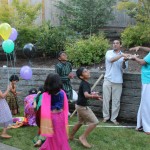 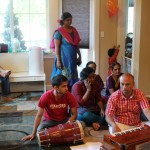 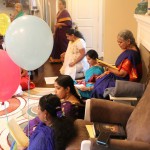 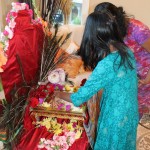 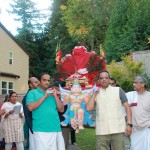