Devotees, Ramayana lovers, Rasikas, intellectuals, questioners, Dharma followers, and anyone with even a cursory interest in these were blessed to listen to Shri. Poornimaji’s Ramayana Katha -‘Ramam Bhaje Shyamalam’ – a four day discourse series from May 12 to May 16 2016 in Twin Cities as part of her USA trip. Devotees who have not even heard of culling references and instances and stories and songs from so many saints, various scriptures, and from all the different Ramayanas – Valmiki, Tulsidas, Kamban, Thyagaraja Ramayana, Shuka Ramayana, Bhoja Champu, Raghuvamsa and so many other Ramayanas have witnessed it during the discourse series.

Dharma followers have been presented with beautiful essence and nuances of the wonderful stories which were only known summarily before, by giving deep insights into the philosophy and Dharma behind many of the incidents and occurrences in Ramayana and helped them learn practical lessons for everyday life.

Rasikas have also been shown Rama in a completely new light — flowering a fresh love and regard for this great avatara who endured so much simply for the sake of mankind. Intertwined with the festive Nadotsavam event at Sri Venkateswara (SV) Temple over the weekend, the discourse included Sangeetham offerings by own local artists, Ashtapadi renditions by children as well as a Carnatic concert by Sri. Rahul Srinivasan from Chicago, accompanied by Chi. Sanjay Suresh from Wisconsin on the violin and Sri. Sriram Natarajan from Twin Cities on the mridangam. Kritis on Raghava and Sri Sri Muralidhara Swamiji’s Madhuragitams were offered by Sri. Rahul Raghavan.

Gopa Kuteeram of Minnesota organized a Shloka Competition and Cultural Retreat (Sampradaya-2016) on Saturday , May 14 2016  for all the little gopis and gopas of Twin Cities. Kids  left the audience spellbound with their confident recitation of shlokas from Srimad Bhagavatham and other scriptures.

Later, Gopa Kuteeram kids  enacted the beautiful story of the great Rama bhakta – Shabari and the story of Gajendra moksham. At the end, Shri. Poornimaji addressed the parents about the importance of providing “mental” nourishment to the children, in addition to addressing their physical and intellectual needs, citing some very relevant and relatable instances. The kids were later awarded by Shri. Poornimaji for their blissful participation.

Parents who participated in this fun retreat  experienced excitement, amusement, and learned more about our culture and are very proud and happy at the completion of the event. Shri. Poornimaji  also delivered a special discourse (Bhakta Vijayam) on Sant Tulsidas’ Ramcharitmanas and the greatness of Satsanga at Hindu Temple of Minnesota on Sunday, May 15th 2016. Bhaktas have enjoyed, relished, and were inspired by the story of this devout Rama Bhakta!

Recounting 4 full days of absolute bliss, Minneapolis Satsang family forgot the rest of the world during this time, while being drenched in Shri. Poornimaji’s Rama Katha, Madhuragitams, Madhurasmaranam and soaking in the loving company of our one big and mighty Satsang family!

Minneapolis GOD chapter extends its heartful thanks to each and every one who helped by being pillars of support in many ways in bringing Sri Ramachandra Parivaram from Ayodhya to Minneapolis!

Our Bhagavan, our Guru Maharaj has a magical way of making us forget matters of the world and giving us utmost fulfillment and joy at the culmination of every such event! 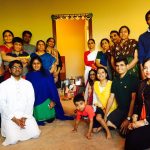 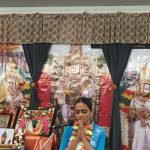 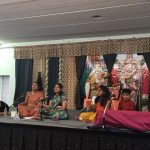 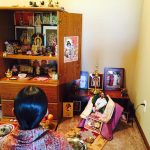 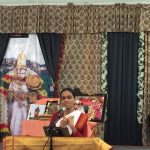 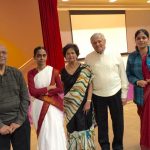 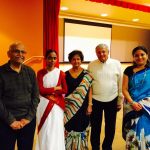 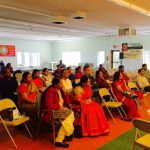 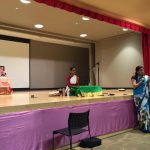 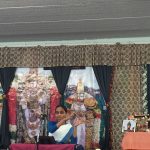 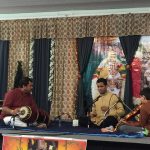