With Guru Krupa, Minneapolis GOD Satsang has enthralled Rasikas of Twin Cities with Sri Thyagaraja Vaibhavam – A Divine Sangeetha Upanyasam commemorating Sant Thyagaraja’s 250th anniversary at Vrindavan (Ashok & Vaishali ji’s house) in Medina, MN on Saturday, February 12, 2017. Sri Thyagaraja Vaibhavam is a Sangeetha Upanyasam on the life of the great saint-composer Thyagaraja, whose very being revolved around Nadopasana, the worship of his beloved Rama through music. Inspired by His Holiness Sri Sri Muralidhara Swamiji’s narrative on the subject, this Upanyasam traversed the life of Sri Thyagaraja through his compositions and the bhakti bhava reflected in them, eventually bringing to light the sole purpose of his existence – to attain the darshan and become one with his Supreme Lord Rama. Snacks were provided to all the devotees during the event. 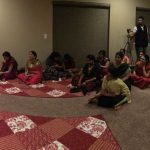 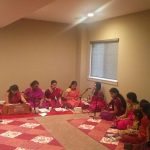 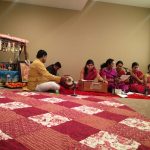 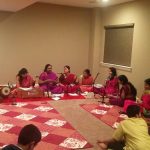 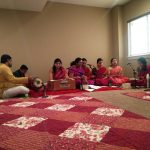 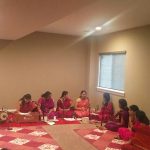 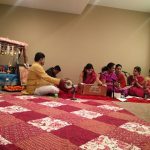