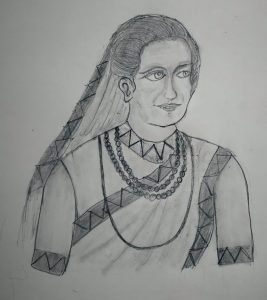 4.What does the name ‘Nivedita’ refer to?
a.One dedicated to God
b.One excelling in academics
c.One who is humble

6.Sister Nivedita also had the fortune of being the close associate of _______________.
a.Anandamayi Ma
b.Ma Sarada Devi
c.Ma Arundathi

7.What was the main reason for Sister Nivedita to come to India?
a.She like India very much
b.She wanted to learn about the rich cultural heritage of India
c.She felt the deep desire to serve the people of India and women education

8.During the dreadful plague attack in Calcutta, Sister Nivedita’s actions became a powerful teaching to the youth and women of Calcutta in sanitation, self-help and social service. How did she help the people during the plague attack?
a.She sweeped the streets and cleaned the drains
b.She personally ran from home to home and saved many lives
c.Both A and B

9.Who was the poet and Indian Independence freedom fighter, who said the following about Sister Nivedita-’ She taught me the nature of true service to the Mother (Bharatha Matha), and the greatness of asceticism, all through unspoken wisdom’ ?
a.Subramania Bharath
b.Kambar
c.Kavimani Desigavinayagam Pillai

13.What saying of Swami Vivekananda was strongly ringing in her ears when she strongly had the urge that India was calling her?
a.‘God alone is the truth
b.‘Arise,awake and do not stop until the goal is reached’
c.‘You cannot believe in God until you believe in yourself’