The One Virtue that Encompasses all Others

His Holiness Sri Sri Muralidhara Swamiji, in his kirtan “Ashtadalapoo”, beautifully speaks about the eight-petalled flower with which one has to worship the Lord. Each petal he refers to here is a quality that the worshipper should possess: Forgiveness, Truth, Compassion, Peace, Devotion, Dispassion, Love and Knowledge. Great saints have all shown us that the Lord will bestow us with these qualities if one humbly submits to Him in prayer. Hence the key to unlocking all of God’s treasures lies in the single quality: Humility. Sri Swamiji in a discourse years ago focused on this supreme virtue with examples from the lives of numerous great saints, who, despite their greatness and constant communion with God, were themselves epitomes of humility. Let us revisit that timeless treasure in this section. 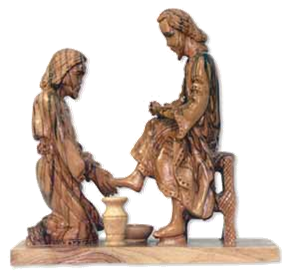 Sri Adi Sankara starts his Shadpathi Stotra with the following verse “avinayam apanaya vishno”. Avinayam refers to pride and here Adi Sankara prays to Bhagavan to remove any pride in him, the reason being that God protects those devotees who have no trace of pride in them and are humble.

When referring to the 100 verses of Soundarya Lahiri composed by him on Goddess Durga, Sri Adi Sankara, in all humility, likens the verses to offering worship to the ocean with a drop of water or showing harathi with a small lamp to the effulgent sun.

Once Kanchi Mahaperiyava was having a word with his closest devotees and mentioned that a sanyasi (ascetic) should not have any desire. “Yet I have a desire,” he informed them. When asked what it was, the great saint replied, “The whole world should not know that a sanyasi like me had ever existed.”

A weekly magazine was interviewing many famous personalities for an article to be published for Diwali. The question posed to them was, “What have you learnt from the world?” When Mahaperiyava was asked this question, he replied, “The world keeps teaching me new lessons every second. But I do not have the capacity to learn them!”

Lord Sri Krishna in Bhagavad Gita instructs Arjuna: “thatviddhi pranipadena pariprashnena sevaya” – “One should humbly serve a Mahatma and then get all his questions clarified.” When the entire Kuru clan wished to bestow the honor of chief guest of Yudhishthira’s Rajasuya Yaga on Sri Krishna, where was the Lord? He was found at the entrance performing pada puja (washing the feet) to the guests.

Sri Ramanujacharya, in the final days of his avatar, climbed the gopuram of Srirangam. Seeing this, a huge crowd gathered there. To them Ramanujacharya said, “With the only motive that God’s work should be performed in the right way, I may have been severe and harsh on you all, who are God’s servants. If I had hurt even one of you bhAgavatas with my harsh words, God will not grant me a place in Vaikunta. Hence I request you all to please forgive me.” Saying so, he prostrated to all of them!

Sri Chaitanya Mahaprabhu says in his Sikshashtakam that a devotee should consider himself lower than a blade of grass – “trinAd api sunIchEna tarOr api sahishnunA…”. In many instances, Mahaprabhu himself proved as a worthy example to this verse by prostrating to one and all without any inhibition.

Sri Ramana Maharishi has stated that he prostrates mentally to everyone who enters the ashram hall to have his darshan.

Sri Swamiji concludes the discourse with another apt example. In the early days of Yogi Ramsuratkumar, some people who came to see him would be hesitant whether to prostrate to him or not. While they stood there mentally pondering this question, Yogi Ramsuratkumar would say, “What is in it? I will do pranams!” and immediately he would prostrate to the devotees.

Bhagavan’s heart can be understood by reading the lives of these Mahans. Only in a humble heart does the light of the Lord shine forth. Sri Muralidhara Swamiji says, “The great secret is that the Lord is closer to us when we are most humble, and He moves further away from us when we lack humility.”

The wonderful festival of Onam was celebrated recently, which reminds us of the great occasion when the Lord incarnated as Vamana (the dwarf boy) who became Trivikrama (the gigantic Lord of the three worlds) to subdue the pride of His devotee, King Bali. But once King Bali submitted humbly to the Lord and requested Him to place His foot on his own head, the Lord was overjoyed and immediately bestowed His devotee with the best of worlds with Himself standing guard at his gate!

As Sri Swamiji says, humility brings us the Lord Himself. Let us pray to Lord Sri Hari to fill our hearts with this singular quality of humility, and thus bestow His special grace on us.