Sri Ramanujam ji’s North American tour 2020 kicked off at Houston with an amazingly inspiring series of five discourses between Feb 7th and 12th. Speaking in different devotees’ homes, Sri Ramanujamji brought incredible perspectives to each of the lectures that had the audience hanging on to every word.

The first three talks were under the overarching topic of Divine Living. On the first day he spoke, at Lakshmi ji and Venkat ji’s home in Katy, on “Listening to the Inner Voice”, where he emphasized on the value and importance of Listening. On the second day, at Anita ji and Ram ji’s home in Cypress, he spoke on “Making Work Divine” where the focus area was on Gratitude. And on the third day of this series, at the residence of Dhanya ji and Arun ji in Pearland, he spoke on “The Divine Intelligence”. These talks were all attended by over 80 people and left them all craving for more.

Their wish was granted when a second two-day series of discourses was arranged in the Sugar Land area. Despite these being on week days, both the days’ programs attracted several devotees from all around the Houston area. On the first day of the second series, at Priya ji and Datta ji’s home, Ramanujamji moved an audience of over 80 with his heartfelt exposition on the greatness of the Guru under the title “Power of The One”.On the final day of his talks in Houston, he underlined the importance of Satsang through his discourse titled “Power of Many”, at the residence of Gayathri ji and Sanjay ji.

Houston devotees are all eagerly awaiting Ramanujamji’s return to Houston for the new Namadwaar hall opening in April 2020. 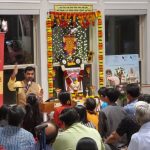 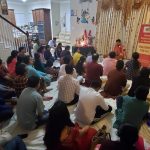 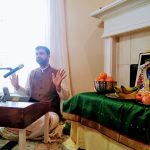 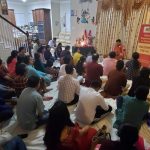 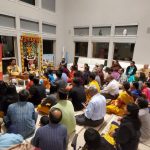 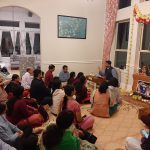 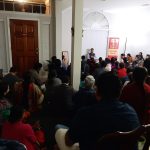 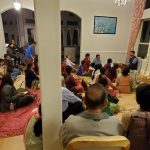 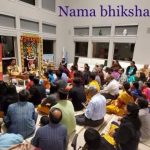