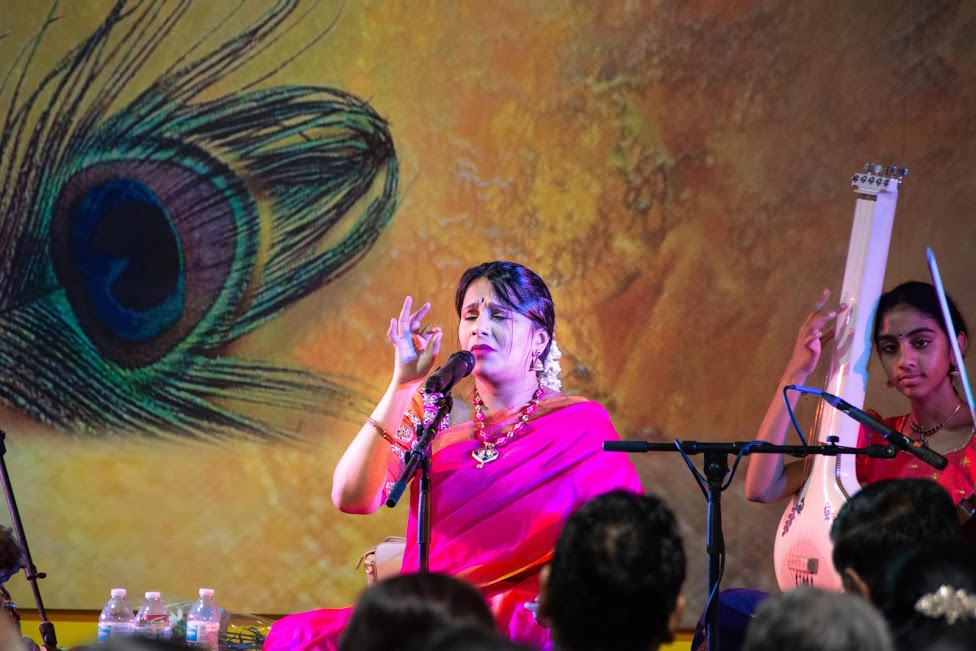 The inaugural music concert of the ‘Bhakti Laalasam’ concert series at the newly renovated Mother Meera Abode inside Dallas Namadwaar premises was a roaring success on August 26th evening.

The musicians Vid. Sriranjani ji, Vid. Ananthakrishnan ji and Vid. Sai Giridhar ji presented a soul-stirring musical performance. Sriranjani ji beautifully rendered one of Sri Muralidhara Swamiji’s compositions, ‘Indru Pol Endrum’. She then presented an RTP – In Kamas ragam with the Pallavi composed by Sri Ranjani ji herself glorifying Lord Krishna. The Pallavi which goes like – ‘Vennai Thinna Chinna Thanama Sukama Shragyama Kanna’ which also has the name of the raga embedded in it. She ended the mellifluous concert on a high note by singing a special composition of Sri Otthukaadu Venkatakavi which Sri Muralidhara Swamiji had asked her to learn and sing for the ‘Nikunjotsavam’, a special concert that she performed at Sri Muralidhara Swamiji’s ashram Brahmatotsavam in 2015 – ‘Govinda Govinda Radha Mukunda’.

The hall was overfilled and many were asked to sit in the Namadwaar where the program was live-telecasted on TV. The first concert in the ‘Bhakti Laalasam’ series was a grand success by the grace of Sri Swamiji. 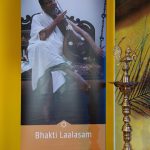 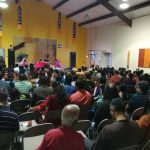 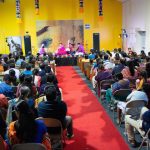 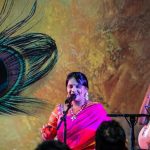 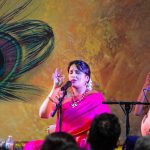 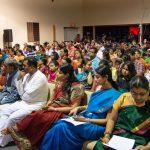