Sri Janaky Matha was a saint in the spiritual lineage of Sri Ramana Maharishi. 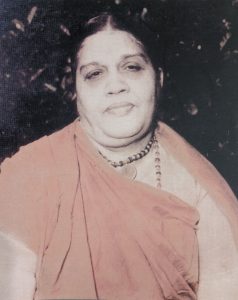 5.One remarkable incident in her life is that while she was traveling with her husband in the car to meet her Guru, her husband suddenly heard the sound of a bell ringing and stopped to find what temple was nearby. From where did her husband actually realize that the sound was coming?
a.From a cow who had bells tied around its neck
b.From Sri Janaky Matha
c.From a bullock cart

6.Sri Janaky Matha when fulfilling her family duties, her every thought, word and deed were centered on God. True or False?
a.True
b.False