The Origin of Dwaraka, City of Dreams 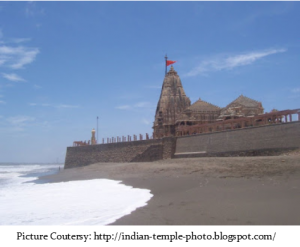 Kamsa, the blessed rakshasa who died in the hands of Krishna, was killed from the gift that his nephew, Krishna, was to give to him. Krishna threw the gift instead, killing the great uncle. Though an innocent murder, a murder it was. Which can lead to a bad ending. Asti and Prapti, Kamsa’s two wives, went to their father Jarasandha who was a great rakshasa. They told him that Kamsa was killed when he was doing some business by an unwelcome visitor, Krishna. Jarasandha decided to whip up an army of demons. His anger was righteous. The killing of a king without the means of war was a suicidal consequence to the city. Not only that, grief has to be subsided. In a way, war can turn anger into potential.

He had a total of 23 divisions of demons. The first time he attacked, Krishna destroyed his army, but left Jarasandha alone. Krishna looked at his actions as something which needs to be brought back to a good state. Thus, he left the sinful demon to fight again. This was repeated 17 times. Jarasandha was mainly left alone because he was always thinking about how to defeat Krishna. There are three types of devotees; the first one was the one who loves Krishna, the second one was the one who feared Krishna, and the final one is the one who wants to be better than Krishna. Thus, Jarasandha was actually a great devotee of Krishna.

Jarasandha had a great plan. To attack Mathura through both east and west side. He called upon a wicked warrior called Kalayavan. Krishna had no choice, but to teleport his citizens somewhere else. He called upon his architect to build a city of pure beauty and peace. He transported all the people of Mathura to Dwarka. When they woke up they would be in Dwarka. He destroyed both armies and went to Dwarka.